At least 43 French financial institutions, belonging to 28 financial groups, now have policies limiting their financial services to the thermal coal sector. These numbers are expected to increase following the commitment made by the Paris financial center in July 2019 that all French financial players must have adopted a phase-out policy for coal by mid-2020.

Beyond quantity, quality is an issue. Today, the analysis shows that only 10 financial players have an effective policy to support a coal phase-out within the timeframe needed to meet the 1.5°C target. 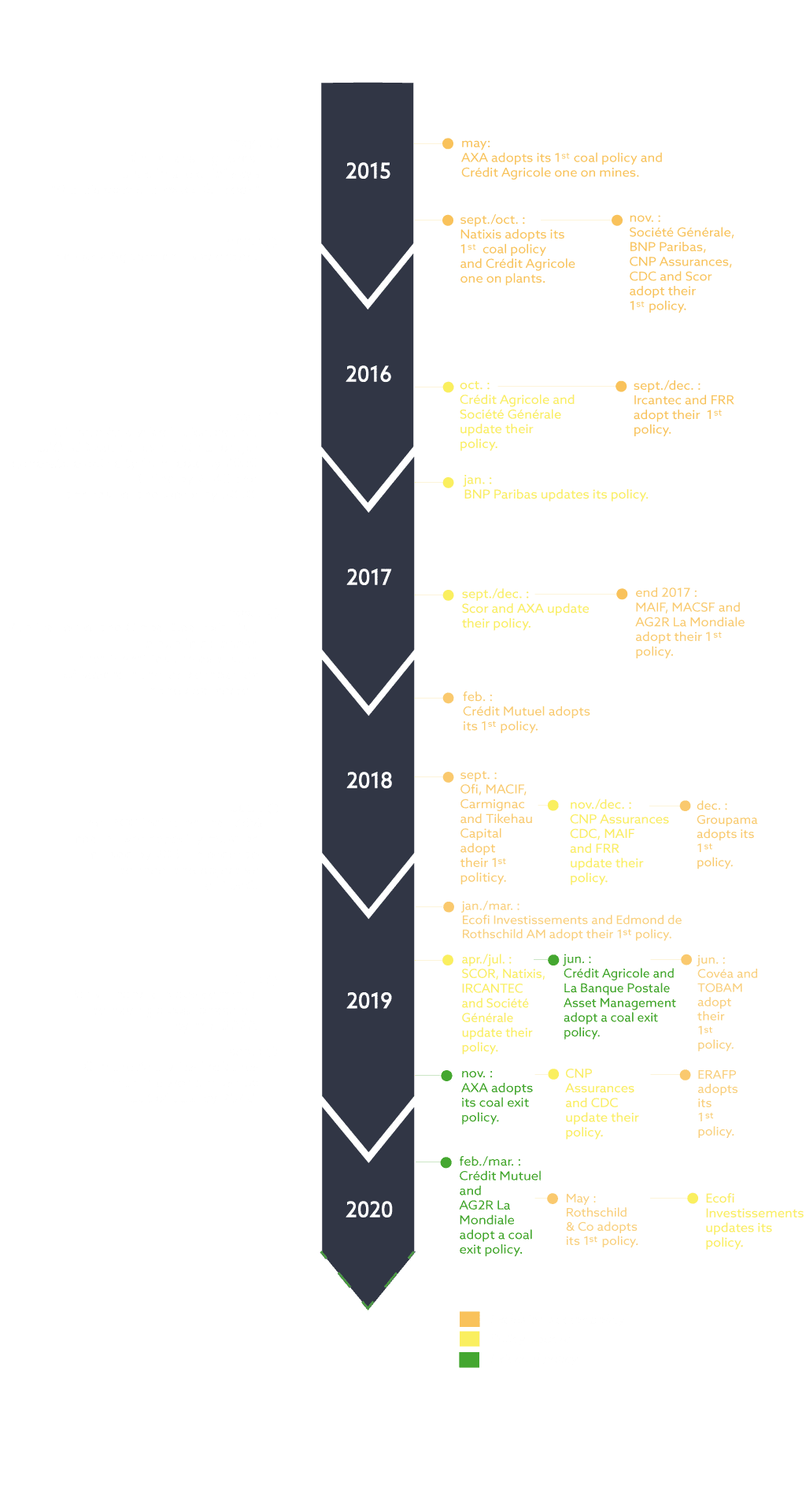