One year on: BlackRock still addicted to fossil fuels

On 13th January 2021 Reclaim Finance and Urgewald release a new report exposing BlackRock’s continued, high level of support for the coal industry. BlackRock must now put its money where its mouth is, starting with leaving coal in the ground, in this mission-critical year for the climate, with COP26 on the horizon.

This comes a year after CEO Larry Fink committed BlackRock, the largest investor in the world, to investing sustainably, including a promise to exit thermal coal.

Instead, research on BlackRock’s holdings has revealed that BlackRock remains a massive investor in coal companies, even in those with expansion plans related to coal. Our analysis unveils huge gaps in BlackRock’s policy, both in its coal policy and in the complete absence of a policy on other fossil fuels.

Shockingly, our research found that $85bn of assets managed by BlackRock are still invested in coal companies , including the likes of Glencore and RWE. Even worse, investments in coal companies with expansion plans, such as Sumitomo or KEPCO, total over $24bn, in an unequivocal breach of the decisive climate action required by the Paris Agreement.

This failure is compounded by gaping holes in BlackRock’s policy, which affects just 17% of the entire coal industry, meaning that BlackRock could still invest in 333 publicly listed companies along the coal value chain. What’s more, BlackRock’s limited policy only applies to its actively-managed portfolio, leaving aside the majority of its assets which are invested via passive funds, meaning that BlackRock can still invest in every single coal company in the world via its index funds.

Too little, too slow

BlackRock’s warm words on climate haven’t led to progress elsewhere, either. Its innovations on new sustainable options for its clients may be welcome, but they don’t make up for the havoc BlackRock’s coal financing continues to wreak on the planet. For example, assets in “sustainable” ETFs currently account for a tiny fraction of all iShares ETFs, at around 3% of iShares total assets under management.

Similarly lackluster is BlackRock’s engagement strategy, which has signally failed to force climate action over the past year. Without a clear divestment stick, BlackRock’s engagement carrot lacks power. It is also contradicted by BlackRock voting against 88% of climate resolutions in 2020, a worse voting record than 2019.

One year on, Larry Fink’s commitment to sustainability is looking increasingly hollow. If it truly wants to be seen as a climate leader, rather than part of the problem, BlackRock needs to take decisive and swift action to expand its coal policy and follow through on its commitment to climate action.

With Larry Fink’s letter to its clients coming soon (1), BlackRock has the chance to tackle its fossil fuel addiction. Moving seriously on coal is the first step towards alignment to a 1.5°C scenario. BlackRock must:

After the hottest year on record, there can be no more excuses for poor results. It’s time for BlackRock to step up.

1) read our analysis of Larry Fink’s annual letter for 2021, which was published on the 26th of January and includes numerous new policies around climate change. 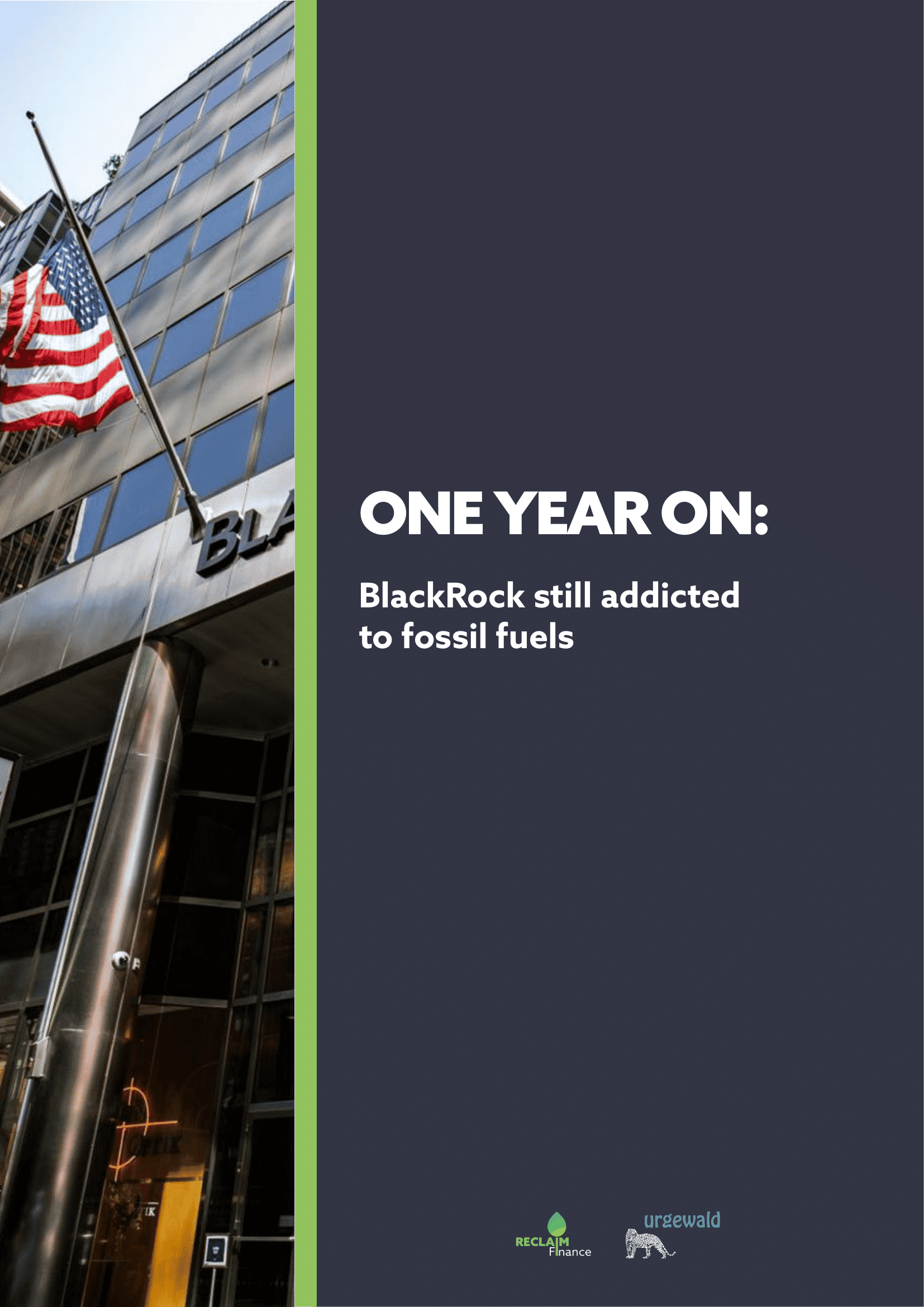