Insuring Our Future : 2020 Scorecard on Insurance, Fossil Fuels and Climate Change is a report published by 19 organisations from 11 countries. It ranks 30 leading insurers and evaluates their coverage and investments in fossil fuels and other climate-action criteria.

The continued withdrawal of insurers from coal makes it increasingly difficult and costly for companies to insure their coal projects, with tariff increases of up to 40%. That is the revelation from the campaign Insure Our Future in its fourth annual evaluation of insurers’ climate policies, published on Wednesday 2nd December.

Momentum is building, but it is far from sufficient to reach international climate targets. Insurers operating on Lloyd’s market, based in the United States and East Asia, continue to insure coal to an enormous extent, including new projects. But above all, the insurance sector has failed to consistently take significant measures around oil and gas. 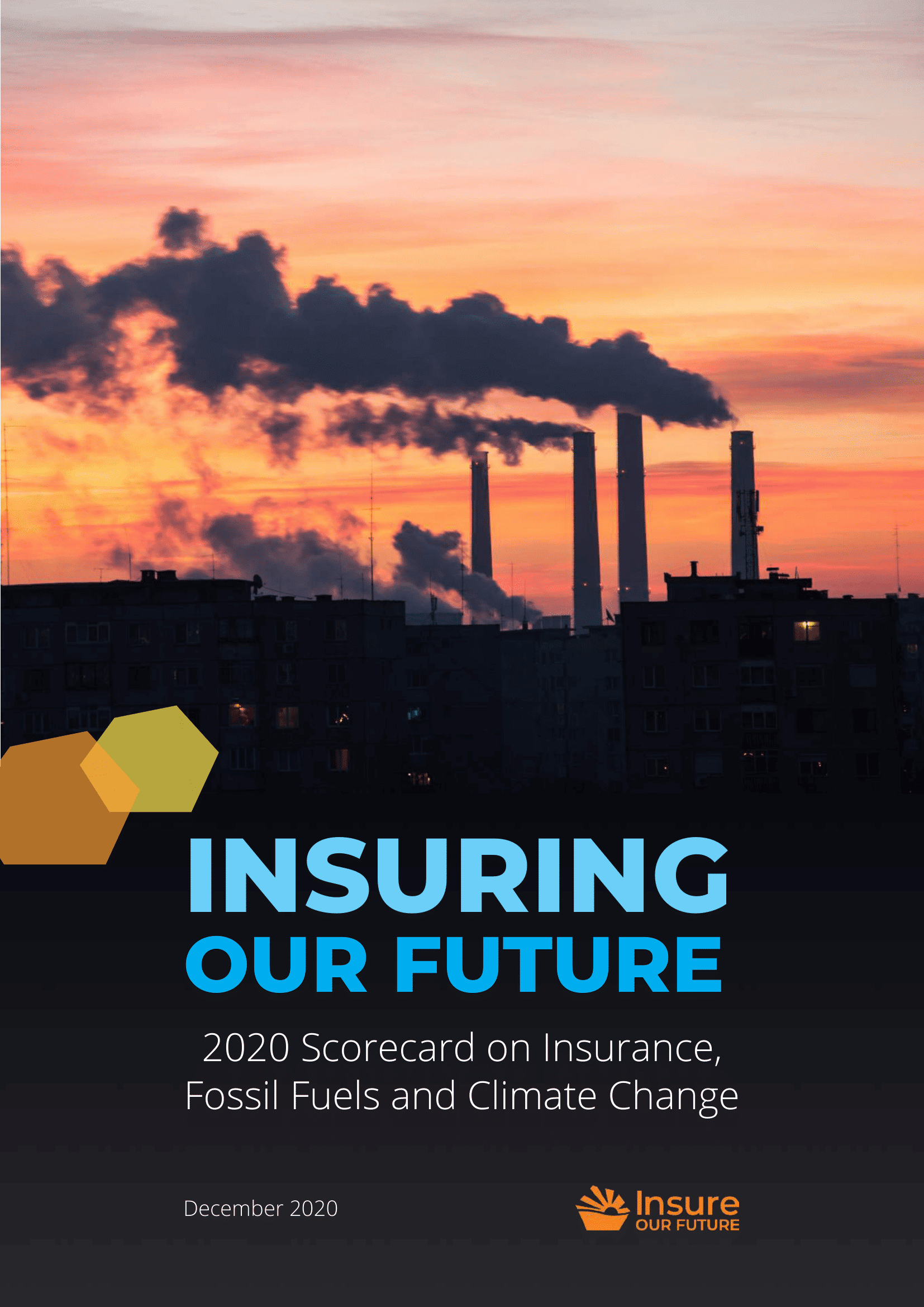