CITY OF COAL: The Climate Crimes of UK Finance

The City of London is one of the world’s largest homes of coal finance, reveals a new report from Reclaim Finance. Produced with German NGO Urgewald, the report examines the support of leading UK banks and investors to the coal sector. The top five UK banks – Barclays, HSBC, Standard Chartered, NatWest and Lloyds Banking Group – provided $56 billion to coal companies through loans and underwriting services in the two years up to October 2020. Meanwhile as of January 2021, UK investors held $47 billion in shares and bonds in coal companies.

The report was produced using data from the Global Coal Exit List (GCEL), examining leading banks’ holdings in nearly 2,800 GCEL companies between October 2018 and October 2020, as well as investors’ shares and bonds in the same companies as of January 2021.

Barclays alone provided more than $27 billion of lending and underwriting to GCEL companies, making it the 8th largest provider of coal finance among global banks. HSBC ranks second for coal banking amongst the City-based banks considered ($15 billion) and Standard Chartered as the 33rd ($10 billion).

In the two years up to October 2020, Standard Chartered, HSBC and Barclays collectively directed more than $11 billion towards companies with coal power expansion plans, with Standard Chartered the largest culprit.

Investing in and Insuring Coal


As of January 2021, UK investors had invested $47 billion in shares and bonds in coal companies. The worst offender was Legal & General with $7.2 billion in coal investments, followed by Standard Life Aberdeen ($6.4 billion), and Schroders ($5.2 billion), itself the largest investor in coal developers ($1.1bn). 17 UK investors lack any coal policy whatsoever.

Similarly, despite having adopted a coal policy, Lloyd’s of London, the UK’s top insurance provider, allows new insurance cover for coal plants and thermal coal mines up to January 2022, and has left the door open to controversial projects such as Adani’s Carmichael Mine.

Lagging Behind – A Sorry Picture for the UK


The report comes as the UK prepares to host COP26 later this year. Over the period examined, the City of London was the world’s third largest source of loans for the global coal industry, behind only Wall Street and Tokyo. Strikingly, the analysis finds 19 French financial institutions with robust coal policies but none in the UK; likewise only one UK financial institution (M&G) plans to exclude coal mine and plant developers, against 26 in France. This comes despite a plethora of net-zero commitments from UK financial institutions, and the UK co-chairing the Powering Past Coal Alliance.


The report’s authors call on UK banks, insurers and asset owners and managers to adopt robust coal exit policies before the Glasgow COP in November. The report lays out a series of measures to achieve exactly that, with a focus on zero tolerance for companies pursuing coal expansion, using the weapon of divestment. Regulatory action may yet be required. 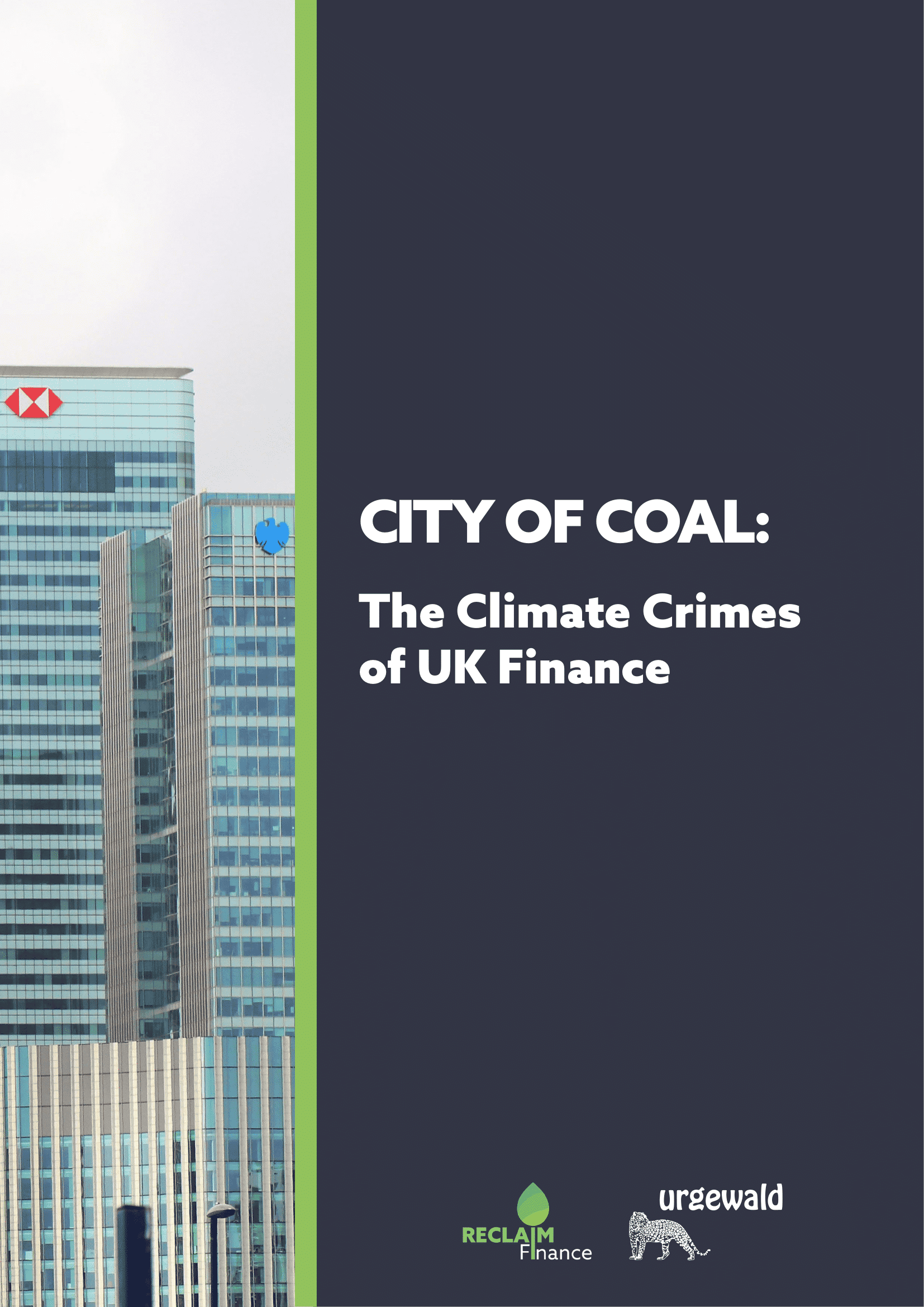