A new report from Reclaim Finance and the Observatoire des multinationales has revealed a wide-ranging lobbying operation by asset management titan BlackRock, aimed at influencing the European Union’s sustainable finance strategy. This comes shortly before the release of the strategy, and amidst ongoing controversy about the role of BlackRock in shaping EU environmental policies.

The report details the 23 trade associations, groups and thinktanks to which BlackRock belongs, and the roughly €30million these groups spend per year lobbying EU institutions, also employing 260 staff. Analysis of responses by these groups to 22 EU public consultations related to sustainable finance. reveals resistance to stringent requirements and to sustainable finance regulation This lobbying web has secured a prominent place in the Commission’s working groups, including on green finance.

Other linchpins of BlackRock’s influence web in Brussels include leading think tank Bruegel, platforms Eurofi and EPFSF which organize public private events, and Public Relations firm Fleishman-Hillard. The report delves into the relationships and hiring practices taking place between BlackRock and government.

The report details where BlackRock’s efforts are bearing fruit, after it successfully pushed for voluntary Green Bond Standards (rather than mandatory). Nine previous contracts between BlackRock and EU institutions and agencies since 2016 are detailed, among them a contract to help the European Commission design ESG banking rules. The European Ombudsman found that the EU ‘did not properly consider conflicts of interest’ in awarding this work.

The impacts extend wider still. BlackRock’s lobbying web – including 4 of the 6 groups in which it holds a senior role – actively opposed the creation of a taxonomy on harmful activities as well as lobbied to delay the implementation of stringent disclosure rules, two tools aimed at reducing greenwashing.

The report argues that BlackRock’s approach to climate finance regulation is based on more data and disclosure, while pushing back against science-based sustainability definitions and the imposition of environmental restrictions on financial players. It also outlines BlackRock’s multiple ties to the fossil fuel sector in both investments and at director-level, suggesting that this might inform its ‘fifty shades of green’ position.

Ahead of the release of the Sustainable Finance strategy, the report’s authors argue for a rethink of our financial systems and for firm regulation to reflect the need for no investments in new oil, gas and coal. BlackRock, they suggest, should not be in the driving seat. 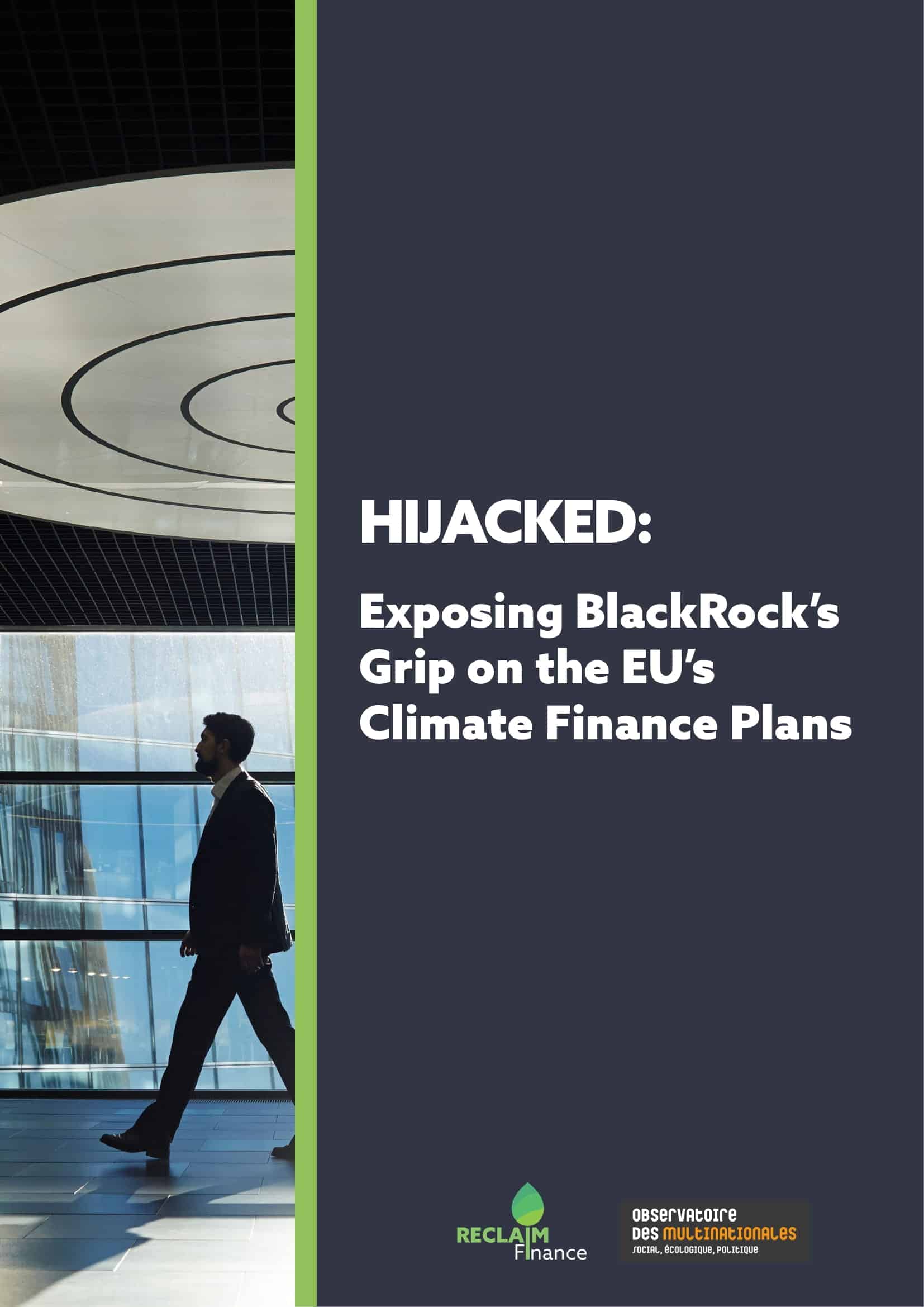