Last Chance for the Powering Past Coal Alliance

A new report from Reclaim Finance and seven partner NGOs reveals that the Powering Past Coal Alliance (PPCA) has failed to trigger a wide coal exit movement. The analysis of the progress of the 111 PPCA members shows that many of them are failing to phase out coal support. Among these members, financial institutions stand out since the vast majority continue to finance coal.

Created in 2017, the PPCA has grown rapidly, bringing together states, local governments, financial institutions, and companies. However, while some of its members are planning to shut down their power plants in line with the Paris Agreement – i.e. by 2030 in the EU and OECD and 2040 worldwide – others have put this ambition on hold.

In fact, only 2 out of the 23 financial institutions in the alliance have adopted a policy that would allow them to exit coal within these timeframes. In contrast, 18 – including Aviva, L&G, CalPERS and Swiss Re – do not restrict funding to companies developing new projects and 8 – including Schroders – have no minimum criteria limiting their support to the sector. The PPCA’s financial members are found to have $38 billion invested in companies significantly involved in the coal sector.

Moreover, the report points out that the foundation of the alliance – the PPCA declaration and Finance Principles – itself contained major loopholes that allow its members to satisfy its criteria while remaining important players in the coal sector.

The limits of the initiative also stem from the behavior of certain member states, including its co-chairs Canada and the United Kingdom. Indeed, while Canada will close all its power plants by 2030, it is increasing its coal exports and plans to open 13 new mines in Alberta and British Columbia, two regions that are also individual members of the Alliance. On the other side, the United Kingdom is considering the development of a new coal mine.

Similarly, Mexico is planning to open new coal-fired power plants, Germany will continue to use them until 2038 and Senegal did not adopt any phase-out date.

COP26, a final opportunity to rescue the PPCA

The report presents recommendations for the PPCA to achieve its objective of becoming a vehicle for a global exit from coal. The PPCA must demand that its members exit the entire coal sector – including mines and infrastructure – to consider the specificities of financial actors. Its members need to align with a coal exit timetable compatible with the Paris Agreement, which means for financial institutions adopting coal exit policies following the Coal Policy Tool criteria. 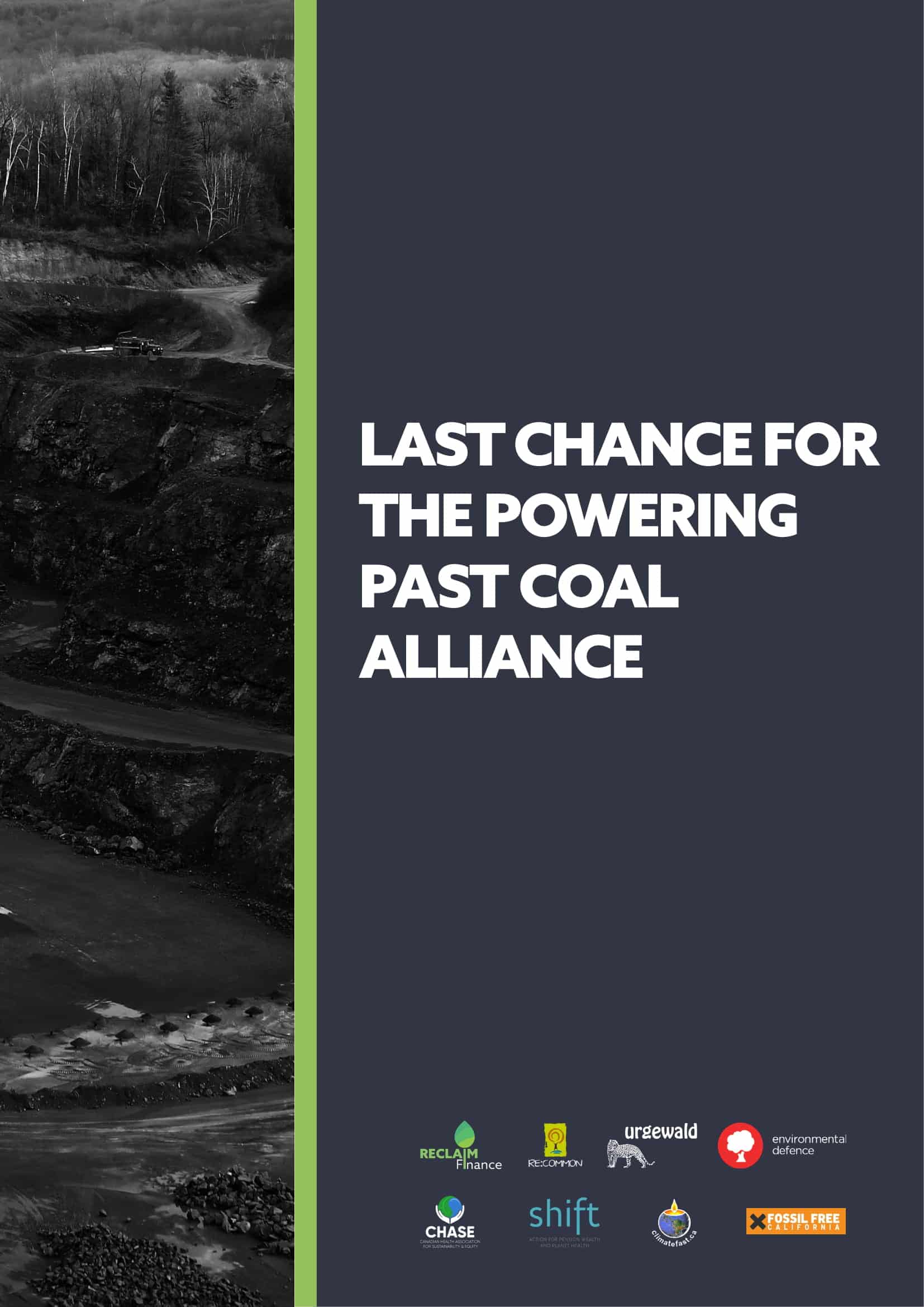